IOC BPCL HPCL may suffer a loss of Rs 10700 crore in Q1. ICICI Securities has said this in a report. Let us inform that crude oil prices increased in April-June but petrol and diesel prices were not increased.

New Delhi, Business Desk. Indian Oil Corporation (IOC), Bharat Petroleum and Hindustan Petroleum may incur a combined loss of Rs 10,700 crore from selling petrol and diesel at lower prices in the June quarter. ICICI Securities said in the report that crude material (crude oil) prices increased in April-June, but petrol and diesel prices were not revised, leading to marketing losses and offset by strong refining margins.

The three state-owned oil marketing companies IOC, BPCL and HPCL control 90 per cent of retail petrol and diesel sales in the country. We expect the Grass Refining Margin (GRM) to remain strong at USD 17-18 per barrel level, the brokerage said. Yet a sharply higher retail loss in petrol and diesel would result in an EBITDA loss of Rs 6,600 crore and a net loss of Rs 10,700 crore for OMCs in Q1FY23E (April-June quarter of 2022-23). In the last 2-3 days, there has been some decline in crude oil and as a result the major product has also declined.

The brokerage for Reliance Industries Limited has seen a strong quarter both operationally and financially. It estimated consolidated EBITDA / Profit after Tax of Rs 38,900 crore / Rs 24,400 crore (67 per cent year-on-year growth in EBITDA, 77 per cent in profit after tax or PAT), which is the highest ever.

Significantly, since the start of the Russia-Ukraine war, crude prices have seen a huge jump. For the last few months, the prices of crude oil suddenly increased very much, but despite that the government kept the prices under control and the prices of petrol and diesel did not increase, but this has given a big blow to the fast companies. Oil companies have suffered a lot. At present, crude oil prices have declined for a few days. 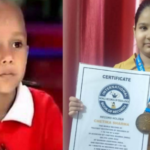 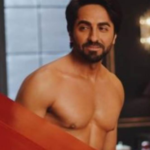