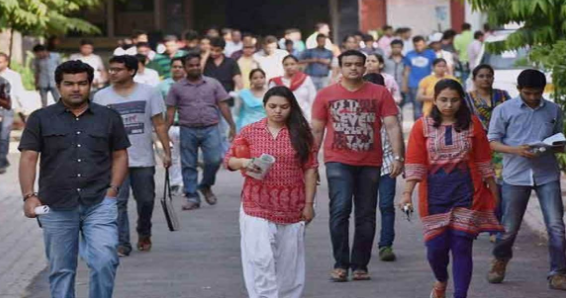 Due to the prevalence of digital technology, automation and artificial intelligence, the job landscape in many sectors has changed in the last decade-and-a-half, and it is also continuing to change. The government should pay attention to this change by closely understanding it.

Dr. Vikas Singh. Economic development in India is neither creating jobs nor becoming a panacea for tackling unemployment. India’s labor market has undergone massive changes over the past few decades which is reflected in the number of jobs versus GDP. It is true that we are becoming more aware of the reality of job loss and growth and issues related to unemployment. Amidst all this there is also the fact that job flexibility has come down from 0.4 to 0.25 in the last three decades and is effectively going down. This means that for every one percent increase in GDP, job growth is only 0.25, up from 0.4 earlier. Most of the policy makers could not anticipate it and they also failed to recognize its impact. This situation is not good in terms of demographics of India.

Job not just a means of earning a living: Employment has the potential to affect most aspects of everyday life. This fact should be understood in a broader perspective that job is not only a means of earning a living but it defines the standard of living of an individual to a great extent. It is an example of their relationship with the community and also a symbol of social status. One’s work has the most significant impact on one’s self-esteem. A study conducted in this regard states that change in employment is also one of the reasons for rising wage and income inequality. The rise of high- and low-wage occupations and the decline of middle-wage jobs will adversely affect the low-skilled components of the workforce. This is a matter of grave concern to us.

Job Security: There is every chance that a third of the currently available jobs will be ‘automated’ in the next decade. Not only this, polarization of jobs will disrupt a quarter of mid-level jobs in five years. More than a quarter of graduate students will be in jobs that do not exist today. There is also a worrying fact that jobs related to manufacturing are shrinking at the rate of 10 percent per year, while this business is growing at 12 percent annually. A recent study has highlighted that digitization, automation and emerging industry infrastructure are driving changes in the job sector. Some experts even believe that these may also be symptoms of the Third Industrial Revolution. In such a situation, a new vision will have to be prepared to understand the related challenges in the future. It is also true that the new industrial revolution has destroyed many businesses and changed the nature of many industries. In the economic sphere, history also tells us that the western world, like eastern societies like China, occupied the base of development and ‘ignored’ reality. As a result they struggled with industrialization unsuccessfully for the next few decades.

Job Ecosystem: The job ecosystem in the country and its scope is defined by several other forces namely globalization of markets, demographics of the workforce (both age and gender) and digitization in the form of laws and regulations governing work and employment. Will go In the present employment, more than 80 percent people are employed in MSMEs i.e. small and medium sized enterprises. However, the failure rate of the MSME sector is worrying. Most have little or no competitive advantage. The associated ecosystem makes them vulnerable to adaptability. They have to spend a lot of their resources in ‘fighting’ with the inspectors. Thus a major part of their efforts to ‘conduct’ the business is ‘wasted’, a hopeless attempt to ‘get’ something commensurate with their authority from the government and its bodies.

Government schemes and support ignore them. When large organizations promote automation to reduce costs, its impact will be clearly visible on MSMEs as well. If this happens, they will rely less on ‘outsourcing’ of smaller players. All the above circumstances show that India needs to provide security to its MSME sector. If this is not done it will be very difficult to save them from failure. This can affect the pace of our economy.

Automation: Most of the economists and policy makers have not realized that even polarization of less prevalent jobs will give a tough competition to India. The impact of technology on unemployment varies with skill delivery and job roles characterized by different job roles. It is true that the efficiency of the workforce in India is relatively low. All routine tasks related to clerical and production activities are easily automated. But it is also true that automation is also a friend of highly skilled workers who perform complex tasks involving data and facts. Likewise there is little or no impact on low-skill jobs that require hand and eye coordination, including traditional dexterity.

Technology: Due to the development of technology, the spread of ICT i.e. Information Communication and Technology in the manufacturing sector has taken away millions of jobs. However, overuse of ICT has not had any impact on the service sector. It is true that no enterprise is spared from the use of ICT. Technology is rapidly entering our workplace and the penetration of ICT over the past 10 years has reduced the labor demand in many sectors by up to 25 percent. Particularly in the manufacturing sector, which has doubled in size, but jobs have shrunk by 50 per cent.

While the interference of automation in jobs is increasing in the world, it is also a fact that India is not ready to adopt rapid technological change. About 90 percent of Indians do not have ICT skills at all. Only 20 percent of graduating students can do even the simplest ICT tasks. In this context, the situation is not better even among ‘qualified persons’. Only a third of computer science students acquire the skills to use digital technologies effectively. Only a third of all types of professionals have more advanced cognitive skills to evaluate problems and find ‘solutions’ to them.

Labor reforms also play an important role in stimulating the employment sector. Labor and skill policies should provide better incentives for skilling workers and enterprises. The government also needs to develop a framework to keep learning and continuously train people. Labor laws have to be adapted to the current reality of the economy and contract based jobs. Thus, the corporate sector should also adopt the idea of ​​expanding compatibility.

While it is not easy to understand what future labor market demand will be like, our policy makers need to develop a better understanding of economic change and the forces driving its impact. Similarly they need to take into account the correlation of growth and jobs. If we can create an efficient ‘jobs’ framework that links education and skills, then labor laws can be integrated with the MSME supported ecosystem. We may need to discourage cost-cutting schemes and efforts along with comprehensive reforms in economy-based policies.

Where India’s huge population is a curse in many respects, in some cases it is also going to attract many countries of the world towards itself. Its huge population makes its economy strong. However, the challenges of unemployment need to be addressed through a structural, holistic policy framework and coordinated efforts. This would mean that the efforts of several ministries must be intertwined to find a permanent solution. The Ministry of Labor should work closely with the Ministry of Education and Skills, the Ministry of Finance should contribute to the Ministry of MSME. It is true that all the ministries are doing very good work at their level, but the result is not coming as good as the effort is being made. In such a situation, if all the concerned ministries make coordinated programs and implement them, then surely success can be achieved in this direction.

[Management guru and expert in financial and holistic development] 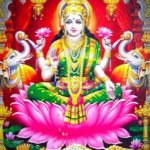